Over the last week, I have made several questionable decisions. Here are a few of those decisions:

I also waited until two days before it was due to start reading a 500-page novel for my English class, but that’s not so much a questionable decision as it is a manifestation of my crippling laziness.

Okay, I’ll level with you guys. My last post—“You’re Bad At Picking People”—was—wait, lemme just do all the shameless self-promotion while I’m at it (Twitter: @thedanosaurus, Instagram: @thedanosaurus, Tumblr: thelastdanosaurus.tumblr.com) Follow me—kinda emotional and it got a lot more traffic than the regular, non-emotionally psychotic posts do, and it was weird because I wrote that post in twenty minutes and published without really thinking about. I used “You” as the primary subject, but—spoiler alert—it was about me.

And whenever I post emotionally charged articles—i.e. every other week—I always feel like I need to do a cheerful post to even it out and make me not seem like a sobbing, quivering mess. I’m not a quivering mess.

Like I feel like I have to walk on eggshells a little, but I’m a goddamn bull in a china shop, so that doesn’t really work. Also, no one can walk on eggshells without breaking them. Is that what the saying is supposed to mean? That everyone attempts to tread lightly but they end up fucking everything up? And also, why are there eggshells all over this floor? Whose chickens are cracking their eggs all over the floor? Or is this a “peeling the hard-boiled egg” situation? This idiom is idiotic. And what’s it all meta-for anyway? AYOO. 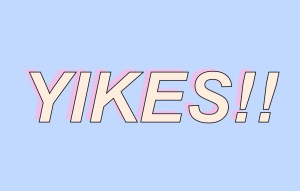 I apologize. But didn’t I neatly distract you from the emotional hurricane I was in last week? How slick! How sly!

Side bar: I had to google “walking on eggshells” to figure out what that thing is called when it’s like a saying, but also a meaning? I thought it was colloquialism but it’s not. It’s an idiom.

What if I literally spent this entire blog just putzing around and not writing about my life or anything? Haha wouldn’t that be so spoopy. That’s not how you use that word. But that’s how I use that word. I tried to capitalize “I” to give it inflection but it doesn’t really have the same effect. I suppose I could’ve italicized it. I think that’s a good idea. Meh. Not that effective.

I’m trying to do that thing where when I disagree with people on things, I don’t immediately try to sock them in the face. I’m trying to be able to “agree to disagree,” which is not as much fun as hitting people in the nose, but earns me less strikes on my personal record. Like, the other day, someone—let’s call them Wrong—said that Taylor Swift did not have a good singing voice.

I gripped my knuckles, and dug my fingernails into my palms. “She. Is. Talented,” I hissed through clenched teeth, enamel flaking off with the force of my jaws clamped together.

Like, I don’t understand how people can’t think Taylor Swift has a good singing voice. I’m not asking you to love her. I’m not asking you to hold her hand while she gives birth. I’m not even asking you to pick her up from the airport. I’m just asking you to admit that—objectively, you fuck—the woman who is a megamillionaire due to her singing has a good singing voice. Is that so hard—you abominable nosepicker—? Isn’t it plausible—even for your tiny, idiot brain to comprehend, you poopyface—that the woman who has built an empire might not have “tricked people” with voodoo but might ACTUALLY POSSESS TALENT? IS THAT SO IMPOSSIBLE TO BELIEVE?

I’m thinking of doing something ~fun~ and ~crazy~ and ~ambitious~ for the Christmas season on my blog this year, to celebrate the end of The Wunderkindof’s—follow me on Twitter—first year online. But I’m not going to write it out because if it doesn’t pan out—i.e. if I get lazy and/or eat more icing—I don’t want evidence of my shame living on the Internet forever. Speaking of shame living on the Internet forever, I was thinking about AIM today and wishing I could read archives of old AIM conversations I had in the “good ole days” before I came out of the closet and discovered a decent acne cream. 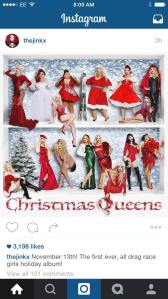 Spoiler alert: it’s not this.

Okay, so bye? Maybe I’ll do a bonus post detailing my Hallowieners experience and if I score some boy-on-boy hand-holding? Unlikely, but not impossible.

I’m getting confirmation from our source on the ground that it is, indeed, impossible that I will get boy-on-boy hand-holding this Halloween season. Back to you, Rick.

I’m nothing if not a law scholar.