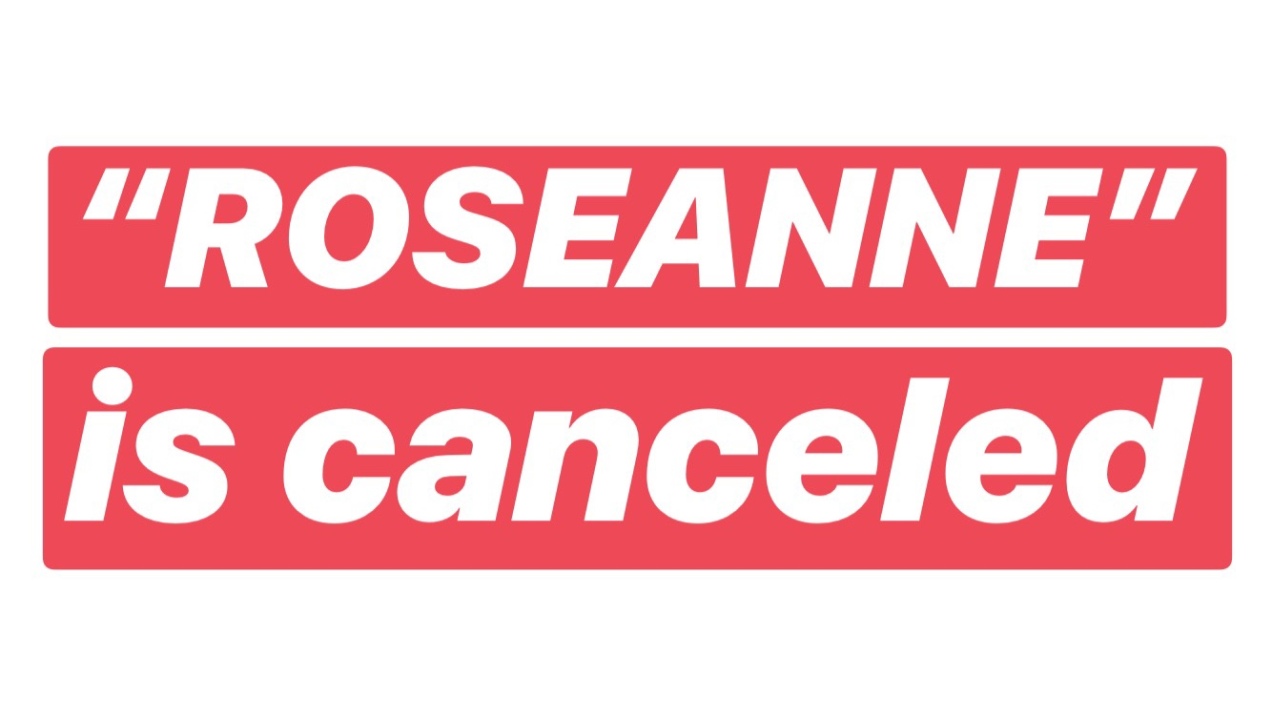 On Tuesday, ABC announced that it would be canceling the reboot of Roseanne after the show’s star, Roseanne Barr, went on a Twitter rant that included a racist remark against Valerie Jarrett, former senior adviser to President Barack Obama, in which Barr compared Jarrett to an ape. Despite tepid headlines calling it “racially charged” or heading into “racial waters,” the remark was just plain racist.

In a letter, the president of ABC Entertainment Group, Channing Dungey, announced that Barr’s comments were abhorrent and they were canceling her show. Dungey is also the first black American president of ABC.

To talk about this is to talk about how something can be both good and bad at the same time. It is good, categorically, that people had the response to Barr’s comment. It was racist, because Roseanne Barr is racist. It is good that ABC canceled the show, and that people on the show had the reaction they did.

However, Roseanne Barr being racist on Twitter and peddling in racism, bigotry, Islamophobia and conspiracy theories existed before her show was rebooted. Former U.S. Ambassador Susan Rice, who is black, said that Roseanne also compared her to an ape in a tweet. Roseanne also perpetrated the conspiracy theory that Hillary Clinton was running a child sex ring in the basement of a pizza restaurant. That theory led to an armed man entering and threatening the occupants of that restaurant.

ABC did not have a problem with Barr’s past comments, so it’s difficult to assume that this latest remark, even though it is a racist, repugnant comment, was what sent her show over the edge. ABC canceled the show for one reason: because it affected ABC. Without Cummings or Sykes, and with the possibility that several of its actors would leave, the show, and Barr herself, became a financial liability. That is why they canceled the show.

In February 2017, Simon & Schuster dropped Milo Yiannopoulos as a client after acquiring the rights to his book with an advance $255,000. The book deal was tabled after audio surfaced where it appeared Yiannopoulos condoned inappropriate sexual relationships between men and boys. This was decidedly too far for Simon & Schuster, the people signing the same man who was banned from Twitter for inciting racial violence and bullying against Leslie Jones, who called people faggots and derided feminists as “ugly and sexless.” Simon & Schuster did not drop Yiannopoulos because they were offended morally. They dropped him because the bad publicity and optics of keeping him were not worth it. They found worth in him, and subsequently cosigned his words and bigotry, when the benefits of him outweighed the costs.

ABC cosigned Roseanne’s actions because the benefits of her outweighed the costs. When the scales were flipped, they dropped her. It was, and is, business.

This isn’t to say that I don’t think that the people behind these actions, like the executives at Simon & Schuster or Channing Dungey, were not offended by the actions and words of their clients. I think it’s highly likely that they were. But what I’m saying is that everything else, and everything before, they did not have a big enough problem with to stop working with Yiannopoulos and Barr.

I think that there is a place for conservative shows on television, and I think that it’s necessary to have conservative voices in the conversation.  I think it sucks that everyone on the Roseanne show was unceremoniously fired, leaving their jobs and their paychecks in limbo. I think it sucks that Roseanne Barr was given literally a golden opportunity and all she had to do was keep her raging racism barely in check – and she couldn’t even do that.

I think it sucks that the ABC executives who greenlit the show fed into the lie that Roseanne was important because it represented the so-called “silent majority,” white middle-class Republican voters, perpetrating this lie that they are the people who are being marginalized. Losing your status as the only voice can feel like, I’m sure, losing your voice, but that’s not true. Roseanne was not, and is not, the only show that represents white, middle-class Americans. There is, without sounding facetious, countless shows that represent this demographic – The Middle, Bob’s Burgers, Modern Family, The Goldbergs, Family Guy, Fuller House… the list goes on and on.

I understand the push behind reboots; it’s the same reason why I re-watch the same shows over and over against. There is power in the familiar, and there is capital in nostalgia. But the shows being rebooted after remnants, unfortunately, of a time in television where the pre-eminent voices were white, cisgender and straight. What if we put the energy, money and passion that is being directed towards rebooting old shows into creating new ones? What if we created shows that were representations of the present and future of Americans?

The 2016 election uncovered for many Americans the truth of our country: that we are riven with cracks, that we are deeply divided and angry and frightened. I understand the impetus behind rebooting shows like Roseanne, that desire to reach out to different sides of the aisle. But I don’t think Roseanne was the answer. I think the answer is not in encouraging growth from a poisoned root, but in growing something new and wholly its own. There is a way to truthfully and accurately represent what it means to be an American in 2018.