IT’S OVER; IT’S DONE; AND NOW WE HAVE TO GO BACK TO THE REAL WORLD.

This, warning (?), is not going to be a recap—a RuCap?—of the finale of RuPaul’s Drag Race season 8. This is going to be a ramble about HOW MUCH I LOVED IT.

So I generally hate competition shows. I always root for the wrong person, I get bad anxiety watching people compete, and by the end, I lose interest. I’m still not caught up on the final two episodes of The Amazing Race, because I just can’t. But RPDR has always held a special place in my heart, so much so that I literally squealed more times than appropriate during the finale.

A running theme throughout this season has been the legacy of winners. For the first time since—I forget which other finale had the previous winners, but whatever—a long time, all eight previous winners—plus a clown—were on the stage. Now in its eighth season, RPDR isn’t a fluke anymore; it’s an empire. And I loved that message, embodied in all the winners, who amongst each other represent a huge spectrum of drag culture. Plus I’m loving Bianca’s curls??!

Now, I’m not gonna prance around the end result. Firstly because I don’t prance—I’ve got bad knees. And secondly because if y’all are reading this, then y’all probably know already. Amiright henny?? 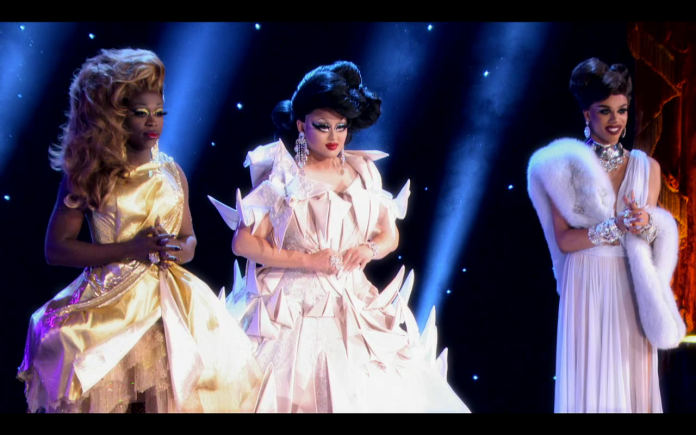 So the winner of RuPaul’s Drag Race, season 8, is… 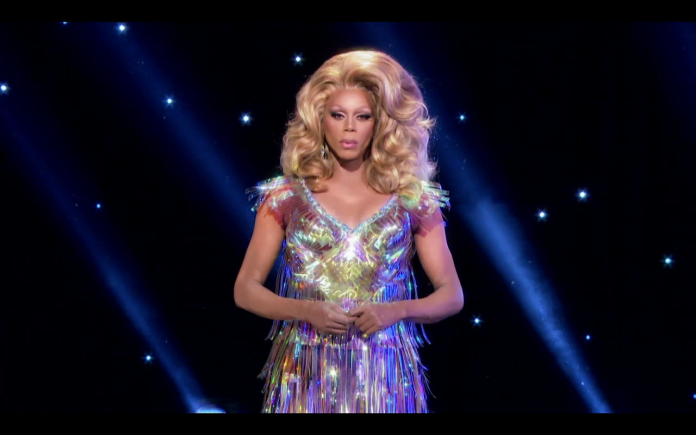 This season was shorter than last season, which technically had fifteen girls (fourteen, and Trixie came back). But while it was short, it was definitely sweet. And looking at all the girls clustered on stage, you realize how very different they were from last year. I couldn’t imagine Season Seven doing a roller-skating challenge; I couldn’t imagine Season Seven do a funky New Wave singing challenge. And that’s no shade at Seven—they were just birds of a different feather. They were all about the lewks, the glamour, the couture. It just felt a lot more serious. And so it makes sense that Violet Chachki—the sickening, shocking, avant-garde young queen—won against all the odds. This season feels silly, and buoyed by an effusive love of drag. And to me, that’s why Bob won. Because more than anything, he is propelled by this catchy, vibrant love of his craft. And it spills out in everything he does.

Bob won more challenges than anyone else this season; but he wasn’t grating about it. He was just living his life, and said multiple times that he was just happy to be on his favorite show. I predicted Bob’s win early on because it’s simple mathematics—no one has done as well as him that season. You didn’t have the tight race between powerhouse Ginger and wunderkind Violet and sleeper-hit—pun intended—Pearl. You had Bob doing a full-out sprint towards the end.

Sure, they tried to play up the “underdog” role for Naomi, and the ingénue role for Kim Chi. But it never felt authentic. Naomi was always too sickening to be the underdog; and, I mean, Kim is an ingénue, but she’s also sharp and funny and twisted.

The top three was probably the closest in herstory, because you didn’t have any one that had a certain edge. And the worst part was, they were all so fucking nice. Typically, as Willam pointed out on the Shane and Friends podcast, there’s a certain formula. The Protagonist (Professional), the Antagonist, and the Underdog. So there’s someone to root for, someone to root against, and someone to surprise you. But there was no formula for this top three. Any of them could’ve won and it would’ve made sense.

When I had predicted Bob’s win, I was disappointed because I thought it would be a boring win. But getting to know Naomi and Kim better—seeing how fucking funny Kim is and how innovative and smart Naomi is—the race became tighter and it boiled down to what narrative RuPaul wanted.

If Naomi had won, it would be the full circle of a kid watching RPDR, getting inspired, and getting on the show. And while I used to think that she was a carbon copy of Violet—young, fashion queen—I realize that they’re different. Naomi is the wearer, the charisma of the model.

If Kim Chi had won, it would’ve taken drag into a different realm. She is not a lip-sync artist, or a dancer. She is fully a work of art. She would’ve shifted drag into something artful and away from its club roots.

And when Bob won, she was the fulfillment of the love of drag. It was crazy, out-of-the-box, wild and effusive. And it was right, for the narrative. Drag is not so serious all the time; it’s brilliant, and funny, and irreverent and shocking.

I’m really excited to see what Bob will do with her year. Violet really refined her craft and traveled with Battle of the Seasons. She sat in the front row of fashion shows, she was photographed by Marc Jacobs. She burst into the fashion scene, and it was right. But Bob isn’t that kind of queen. She’s a performer first; and I will gag to see what she does as the Reigning Queen. 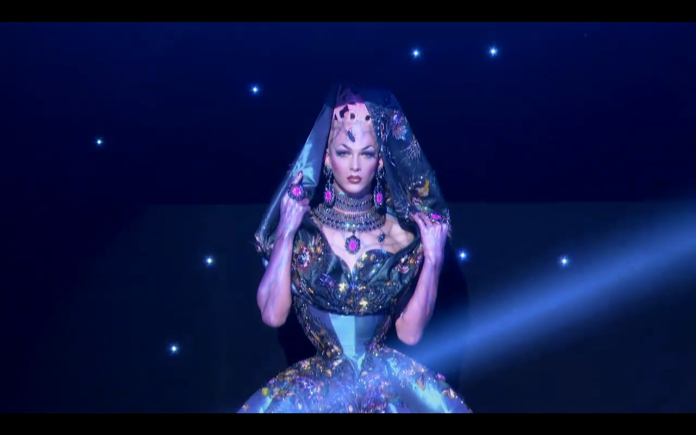 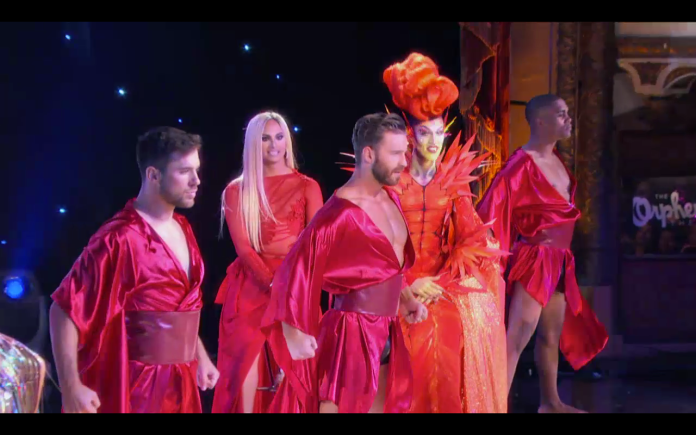 Source: LogoTV/ Look at the hunger in Naysha’s eyes.

All hail our reigning queen!