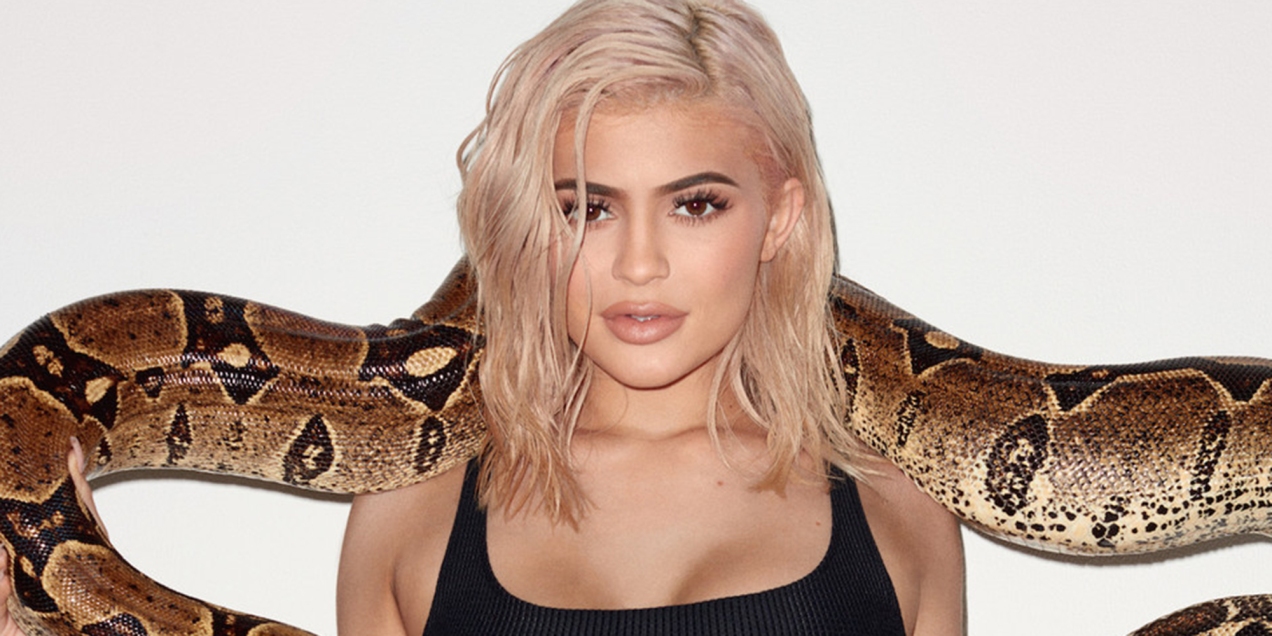 E! has announced that Kylie Jenner, teen queen, will have an eight-part docuseries centered on her life, airing this summer. Firstly, why the fuck are we calling this a docuseries? It’s a reality show.

The show, Life of Kylie, will focus on Kylie and her friends—Jordyn Woods, the one boy, Stas, others—as they navigate the undulating hills of Los Angeles in their glitzy Mercedes G-Wagons. And if that sounds salty, then I’m not coming across the right way. I am very excited!!

According to the E! Online article, the show “hopes to reveal the real woman behind all the lip kits, fancy cars, mega mansions, glamorous Instagram photos and filtered Snapchat stories.” Someone needs to learn how to edit.

“Kylie’s beauty, business savvy and fashion icon status have made her one of the most famous and successful young women on the planet,” said Jeff Olde, Executive Vice President of Programming & Development at E!, according to the article. “Kylie has achieved so much at such a young age and we know the E! audience will be thrilled now that she is ready to share an inside look at her everyday life.”

Kylie is actually the last member of the family—sans Kendall, who’s, like, doing shit and drinking Pepsi—to have her own reality show. Her sisters have had various iterations of (x) and (y) take (z)—your Kourtney and Khloe Take Miami, Kourtney and Kim Take New York, and Kourtney and Khloe Take the Hamptons. Kris had her own short-lived talk show—Kris—and Caitlyn had her own docuseries—I am Cait—centered around her transition. Kylie’s Jenner brothers—Brandon and Brody—had a short-lived reality show called Princes of Malibu, which eventually led to their appearance on The Hills. Even the girls of the Dash store had their own, short-lived series, DASH Dolls.

Actually this is way, way overdue because even Rob Kardashian had a show—Rob & Chyna­—before Kylie. YOU GUYS, THE JAN BRADY OF THE KARDASHIANS HAD A REALITY SHOW BEFORE KYLIE.

According to a Jezebel article, the title comes from the Irish phrase “Life of Riley”, which implies a life of ease or pleasantry. Life of Kylie should’ve been called Life of Ky because—similar to the novel-turned-movie Life of Pi—the main character is trapped indefinitely with a tiger (Tyga) and we’re all like “Don’t stay with that tyga! You’re too young for that tyga, Pi!” Major missed opportunity, Kylie & Co.

Side bar: OMG. If Kylie and Khloe have a spinoff centered around the making of the Koko capsule collection from Kylie Cosmestics, it NEEDS TO BE CALLED “Kylie & Ko”. I’m just spit-balling now, and it’s working.

The move is not entirely unexpected. Kylie has been noticeably absent from Keeping Up With the Kardashians in recent seasons. She’s been almost entirely absent from the latest season. And on a show that’s going on with its thirteenth season in ten years, it’s reasonable to assume that—to stay relevant—you have to innovate. The show will further investigate the secret life of the—arguably—most alluring and mysterious sister. Among the things we might learn: her thoughts on the discovery of the Trappist-1 planetary system, her goals/psychic visions for 2017, and her opinion about winged eyeliner.

Other titles the show could’ve used: “The Ky Life” or “Ky’s and Dolls”